Primarily, below we have the top 5 most expensive weddings of all time, I’ll give you a hint, the cheapest on this list is 20 million dollars! Some royal, some celebrities, and others are just plain rich. Hopefully you find these interesting and will help you not feel too guilty about how much you might have spent on your wedding. Furthermore, let us know what you think!

1. Charles and Diana
Although this marriage fell apart, and was definitely one of the most watched events around the world, Princes Charles and Lady Diana was the most expensive wedding of all time. Amazingly, this wedding cost 48 million dollars, but if you adjust it to what it would be now, it would roughly be 110 million! Moreover, almost a billion people worldwide watched the wedding take place.

2. Sheikh Mohammed bin Rashid Al Maktoum and Princess Salama
Consequently, this wedding actually needed the construction of a stadium, from the ground up! In 1981 this wedding cost 45 million dollars, which would now be almost 100 million. Moreover, those 20,000 guests must have had one heck of a party!

3. Vanisha Mittal and Amit Bhatia
Additionally, this destination wedding took place in the beautiful Versailles and ended up costing 78 million dollars. The bride is daughter on India’s richest man, so you know it was going to be a big wedding. Furthermore, they even had a performance from Kylie Minogue!

5. Kim Kardashian and Kanye West
Last but not least, we have Kim and Kanye’s wedding that was between 20 – 30 million dollars. Consequently, they celebrated an entire weekend in France and Italy, the flowers alone cost 75,000 dollars! 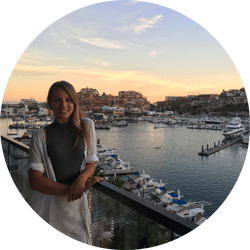 Director of Communications for Liz Moore Destination Weddings. She enjoys writing about all things wedding, travel, and fashion. Notably, she has a BA in Communications and currently located in Sydney, Australia.
@Paige2Travel

Get a free Consultation